Home
Job
A Complete Guide to the UPSC NDA and NA: 2020

NDA stands for national defence academy and NA stands for the naval academy.  NDA & NA is a government exam and both are conduct by UPSC. This exam is for selecting the cadets in Indian army forces such as the Indian army, Indian air force, and also for the Indian navy. This entry is basically for those who want to serve in the Indian armed force and want to be an armed force officer for services to the nation.

This government exam is an entry barrier for those who want to serve in government as an armed officer. This is an entrance exam where selected candidates are trained under the NDA institute Such as NDA Pune. NDA institute trained the cadets, to boost their physical strength.

What is the difference between NDA and CDS

the only difference is the CDS exam is a graduation level exam. This means the candidate will not be eligible until he has not passed their graduation. Another difference, CDS is only for those who want to go for OTA and IMA.

Why should you choose NDA &NA

If you have a dream and passionate about serving in the Indian army then NDA gives you the right opportunity to become an Indian armed officer.based on the designations, you can serve the nation. And the second reason should be to choose NDA is you can get it earlier at the age of 21.

First condition: those who just completed 10Th and starting their 11th than this are the right time to start preparing for NDA and other government exams.

Second condition: if your 12th standard is running, also you can prepare for the NDA exam. And since today you should start preparing for the national defense academy.

Third condition: if you have passed your 12th standard then you are edible for the NDA exam. You can start your exam preparation by self-study or you can join any academy or institute. Institution or academy you will be guided under the retired officer so it is better.

What to choose between NDA & CDS

The answer will be different because everyone has a different priority. We are going to share some job preferences on the basis o you can choose your right path.

What preference should be in between online and offline for preparing for government exams?

Both methods are valuable in terms of their benefits. You can take the help of both resources but remember, try to study self-study as much as you can. Because no one can help you.If you don’t prepare to form your future.

Online is the best way to study for the government exam. We are sharing with some best applications and YouTube channels to preparing for government exams.

The best application to preparing for NDA & NA

The best YouTube channel to preparing for NDA & NA

What is the Eligibility Criteria for UPSC, NDA 2020 exam

For Army Wing of NDA

12th passed by State Education Board or a University

For Air Force and Naval Wings of NDA

I am going to share with you some important pictures related to UPSC NDA& NA exams. hope you guys like it 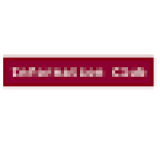